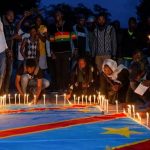 (BBC) A UN investigation has found that at least 131 civilians in the Democratic Republic of Congo died in a November attack by the M23 rebel group. The UN report said the massacre took place in two villages – Kishishe and Bambo – in the Rutsuhuru district of the eastern North Kivu province. Investigators said
Read More 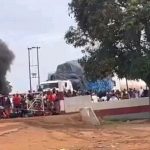 By Tamara Muswala Traffic has started flowing at the Mokambo Border in Mufulira following protests by some Congolese nationals which paralysed operations at both the Congolese and Zambian side. This was after a suspected criminal JOHN KAYOMBO, a Congolese national, was gunned down by the anti robbery squad for allegedly committing various crimes including theft
Read More 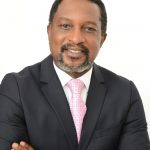 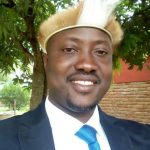 (ZANIS) Former Kabwe Central Member of Parliament TUTWA NGULUBE has been put to rest. And President HAKAINDE HICHILEMA says the death of Mr. NGULUBE should unite the country. The President was represented at the funeral by Local Government and Rural Development Minister GARY NKOMBO. President HICHILEMA described Mr. NGULUBE as a lawyer who served mankind
Read More 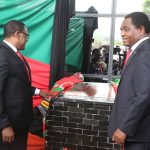 By Mercy Ngoma President HAKAINDE HICHILEMA and his Malawian counterpart LAZARUS CHAKWERA have officially commissioned the Mchinji-Mwami One Stop Border Post. The two leaders have described the border post as an important milestone in the development of Zambia and Malawi. And President HICHILEMA has directed the Ministry of Home Affairs to quickly meet with their
Read More 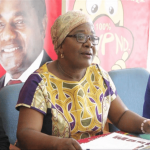 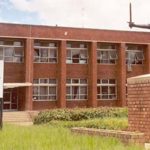 By Hannock Kasama Prominent Lusaka Lawyer LEWIS MOSHO has filed a suit demanding an order that the Patriotic Front -PF- be de-registered because of four million kwacha owed to him. Mr. MOSHO has sought the Court Order to direct the Minister of Home Affairs to declare the PF as an unlawful party or society in
Read More