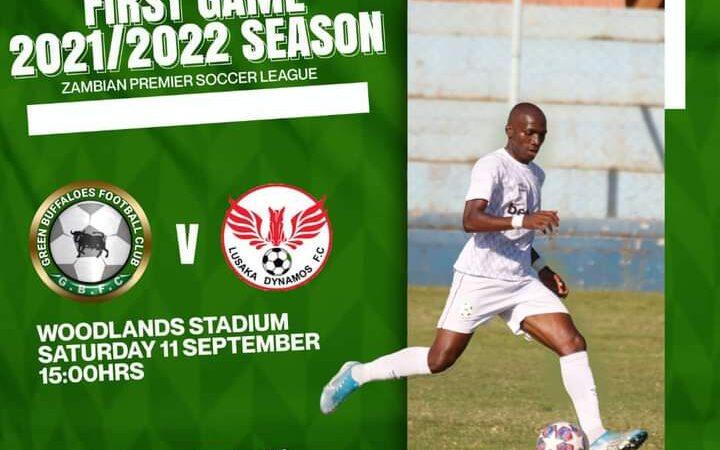 Week One of the MTN Zambia Super League season is officially upon us, and with it, a fresh start for every ZSL team.

After a summer that has flown by so quickly thanks to international matches, and transfer headlines, we can now return to the familiar comforts of league play in the Zambian top flight.

To start the season, we will be treated to an exciting Saturday afternoon despite 3 fixtures being postponed as teams will be engaged in the CAF Champions League and CAF Confederations Cup matches.

The world of Champions, Super Sport Cameras will be operating from Konkola Stadium for the first time since 2017 when the Chililabombwe outfit got relegated from top flight football.

They are back in the ZSL with a crucial encounter against the 2011 Champions, Power Dynamos. The 2020/2021 Eden University National League Champions are optimistic to start on a high note from where they ended the last time the two teams met as the Sharp Razor won a by a goal to nil at the same venue on September 16, 2017.

However, that is in the past, we now look at what both teams will deliver. Power will also have high expectations as Tiki Chiluba and Kennedy Musonda are expected to combine while Konkola Bades captain Kelly Kayembe tasked to lead the defence line.

We all look to see what team Kopala, Buildcon will do in the opening fixture following the mass exodus of players as they will be away to Choma against Green Eagles at Independence Stadium.

Buildcon wasn’t its typical assertive self with transfers this summer, as such Aggrey Chiyengi’s men should feel confident about getting the season started on the right foot. They are just too strong for the Buildcon side in all areas of the pitch to get caught out this early in the season.

Brian Mwila has not traveled to Choma but Team Kopala can still cause an upset in this match.

Green Buffaloes Vs Lusaka Dynamos at Woodlands Stadium, this leaves us with the marquee game of the opening matchday of the season, as 2021 ABSA Cup Champions begins their new life without Wedson Nyirenda and Mothusi Cooper.

We expect a tight contest that could be broken wide-open with an individual display or two by one of the match’s many stars.

The Army side will want a result at home against the Elite, and the Friday Samu undertones will keep the emotions high throughout. On the other end, we could also see the exploits of Emmanuel Chabula and Collins Sikombe doing it for the Lusaka Dynamos side.

Prison Leopards has been one of the most active teams during this summers’ transfer window, with Damiano Kola, Isaac Ngoma, Gerard Chisha and Zachariah Chilongoshi—four impactful additions that could have been the missing pieces in the club’s title push.

The Correct Boys missed out the Continental qualifications last season despite sitting on top of the table for some time, that’s well below the standard that fans of the team had come to expect. Bringing in this pair, however, is a statement of intent, and the club will want to start the season with a big victory over Forest Rangers who were also busy in the summer strengthening their squad in the summer, and will depend on Quadri Kola, Mpho Mathekgane and the experience of Clifford Mulenga to make the life difficult for the Leopards.

The newly promoted sides in Kafue Celtic and Chambishi, will be locking horns at Edwin Imboela Stadium.

This is a new dawn for both sides as they show who will put their meetings in the National League aside and focus on the new life in top flight game as they have nothing but to stay in the league.

Then finally another cracker comes up tomorrow Sunday on the screens from Nkana Stadium as Nkana football club hosts the Men in Uniform, Nkwazi football Club, after surviving a threat of relegation last season. We wait and see what the new inclusions in the Nkana team will do in place of those who left for other challenges in their careers.

The full fixtures are as follows: