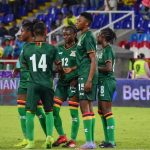 With less than 48hours to go before the Zambia Under 17 women team kicks off their campaign to defend the COSAFA title at the AUSC Region five games in Malawi nine players and three officials are still marooned in Lusaka. The team was initially scheduled to leave on Sunday evening via a chartered plane but
Read More 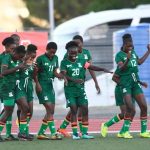 The Zambia U-17 Women’s national team and the Men’s team will not wear KoPa kit at the tournament, the Football Association of Zambia (FAZ) has confirmed.  The Association also announced that the Under-17 Men’s National Team has settled in Malawi ahead of the TotalEnergies U-17 Africa Cup of Nations in Algeria next year. FAZ General
Read More 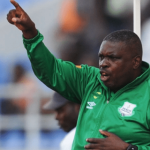 Zesco United is set to announce George ‘Chicken’ Lwandamina as their new coach, the ZamFoot Crew can exclusively reveal. The 59 year old returns to Ndola for a his third stint in the hot seat. Lwandamina is believed to have already bid farewell to Kabwe Warriors players and is on his way to the Copperbelt.
Read More 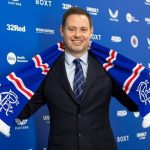 Michael Beale is the new Rangers manager, the club confirmed his appointment on Monday. Beale takes over from Giovanni Van Bronckhorst, who was fired a week ago. Beale returns to Ibrox after a year. The 42 year was Steven Gerrard’s assistant before they joined Aston Villa. Beale was QPR manager until Rangers secured his release.
Read More 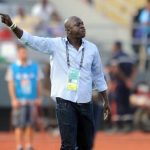 Honor Janza is still debating on whether to return to Zambia for a possible club role. Janza is currently having a duo role in Tanzania as he is in charge of the national team [caretaker role] and Namungo FC But the former Napsa Stars and Red Arrows coach is being lured back home with a
Read More 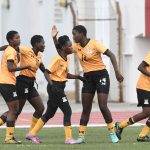 The pool stages of the 2022 COSAFA Women’s Under-17 Championship that will be staged as part of the Region 5 Games Lilongwe 2022 from December 1-11 will feature some massive clashes as the six teams battle it out for semifinal places. Here is a quick look at the fixtures. ZAMBIA VS BOTSWANA December 1 –
Read More 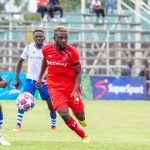 With the World Cup taking the attention of the world, the MTN Super League is still on and enters week 15 of action with eight matches taking centre stage.  A number of high profile games are on the cards with log leaders, Power Dynamos hosting tricky Forest Rangers.  Their town rivals Nkana are away to
Read More