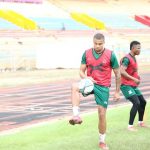 Chipolopolo defender Frankie Chisenga Musonda believes the upcoming international friendly matches against Mali will help the team prepare for next year’s AFCON qualifiers.  The Scottish based defender says he is happy to be back with the team and meet everyone as they prepare for the two matches against the Eagles of Mali. Musonda is anticipating
Read More 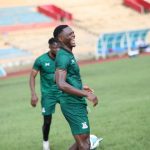 Chipolopolo striker Patson Daka believes the two international friendly matches against the Eagles of Mali will be a good test for both teams.  The Leicester City forward says he is honored to represent the nation and a dream come true to always get the opportunity to do so.  Daka says the players who are currently
Read More 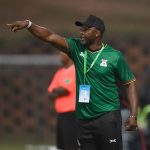 Chipolopolo assistant coach Moses Sichone will take charge of the two upcoming friendly matches against the Eagles of Mali.  According to a statement from the Football Association of Zambia (FAZ) the head coach Aljosa Asanovic and his Assistants have not yet reported for duty.  FAZ General Secretary Adrian Kashala says Chipolopolo coach Aljosa Asanovic has
Read More 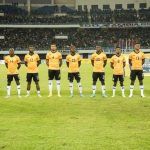 The Chipolopolo Boys will be taking the two upcoming friendly matches with the seriousness they deserve as they hope to shape up for next years’ AFCON qualifiers.  Six local based players and TP Mazembe defender Tandi Mwape left for Mali aboard Ethiopian Airlines on Monday afternoon.  Red Arrows players will travel on Tuesday after having
Read More 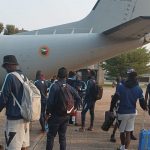 Zambia’s envoys in the CAF Champions League Red Arrows have returned home following a disappointing outing in Angola.  The Airmen touched down at Kenneth Kaunda International Airport at 16h47 local time. The team was welcomed by the Zambia Air force Chief of Training Brigadier General Nyirenda. Skipper of the side, Benedict Chepeshi said the players
Read More 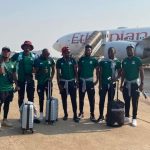 The Zambia Men’s National Team has left for Bamako, Mali for two FIFA international friendly matches against the Eagles during the international window.  Six local based players and TP Mazembe defender Tandi Mwape left aboard Ethiopian Airlines this afternoon while Red Arrows players will travel on Tuesday after having been away in Angola for their
Read More 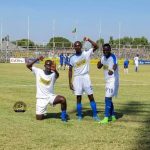 Former Indeni FC players have grown frustrated with their situation of nonpayment of money owed to them.  Several players who spoke to the ZamFoot Crew expressed concern that their dues have not been cleared with the management giving them a runaround.  A number of the players are owed training allowances for up to four seasons
Read More