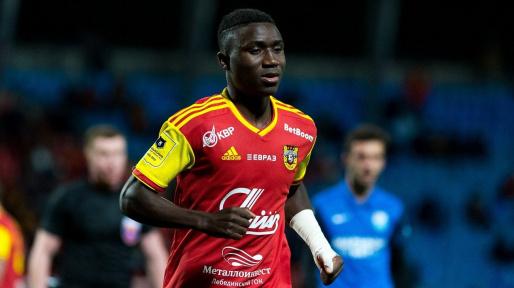 Arsenal Tula of Russian Premier League are all but certain to be involved in a relegation/promotion battle after losing 2-0 away to 12th placed FK Ural siting two places above Arsenal Tula and a place above the relegation/playoff spot.

Ural are a team with Zambian ties too having had Chisamba Lungu grace their colors from 2010 to 2017.

Unfortunately non of our Zambian internationals, the Kangwa brothers that is,  took part in the match. Evans Kangwa was suspended and his younger brother, Kings Kangwa was an unused subsititute.

Ural scored in either half with the first goal coming in 13th minute courtesy of former Reading and Fulham Russian International Pavel Pogrebnyak’s headed home finish after a cross from Igor Kalinin. This was after Igor Kalinin gave away penalty in the 2nd minute only for Vladislav Panteleev to miss.

Tula had some chances but failed to utilize them and the game was done as a contest when Ramazan Gadzhimuradov made run from the right wing before cutting in to score the second goal in the 85th minute.

Following the result, Arsenal Tula are 14th on the league table. They are twelve points behind Ural who occupy the last position that doesn’t require relegation playoffs.

Next for Arsenal Tula is a home fixture against tenth placed Krasnodar on April 11. We hope the Kangwa brothers can make the matchday squad.