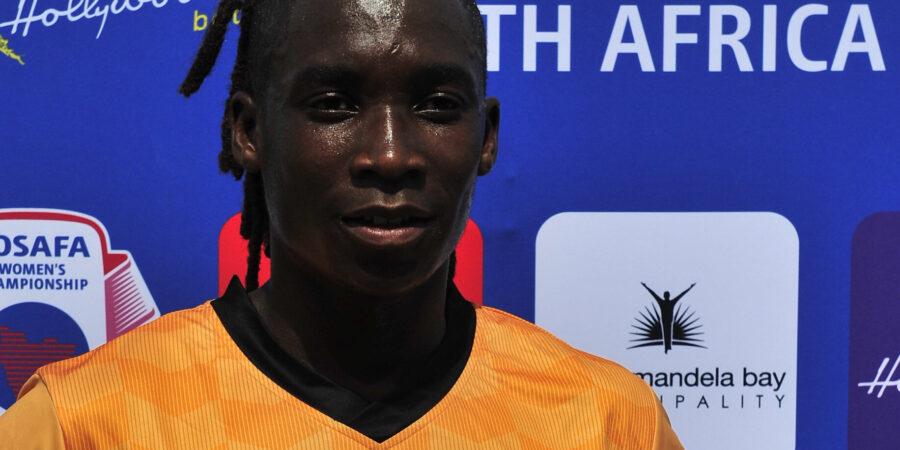 When this is the stuff dreams are made of, today’s game between the Copper Queens and the Netherlands is what they talk about.

The African sole representatives face fellow debutants, Netherlands in a tricky encounter and will need to work extra hard to win the match or get a draw.

The ZamFoot Crew now looks at how coach Bruce Mwape may line up his team upfront and in midfield.

Skipper Barbra Banda is expected to lead the team in an attack on the left-wing. The 21-year-old was the top goalscorer in the 2020 Chinese Taiping CFA Women’s League with 18 goals in her first season with Shanghai Shengli.

Prior to that, she impressed in Spain, scoring 15 goals in 28 games for a Logrono side that was battling relegation when she got there.

Banda has netted over 30 goals for the Copper Queens and is eager to add to her tally.

Spain-based Hellen Mubanga is expected to lead the line of attack as the out and out forward.

The former Red Arrows Striker scored the second goal in the Copper Queens 2-1 win over Cameroon to seal qualification to the Olympics and was named player of the tournament at the 2019 Women’s COSAFA tournament.

Behind Mubanga, Goal machine, Grace Chanda is expected to take up the number ten role. Chanda is coming into this tournament as the top goalscorer in the qualification tournament in Africa with eight goals.

She also boasts of being the FAZ Women’s National League top goalscorer with 13 goals in four games. In 2018 she netted 86 goals for ZESCO Ndola Girls in just 26 games in the Copperbelt Provincial Women’s League.

On the right-wing, Ochumba Oseke Lubanji and Avell Chitundu are expected to battle for a starting slot with Evarine Susan Katongo also able to put her name in the hat for the position.

Green Buffaloes midfield genius Irene ‘Xavi’ Lungu is expected to start in the attacking midfield role in the absence of Mary Mwakapila who is struggling with her health and could not make the trip.

Luyando Foundation Girls star midfielder on loan at ZISD Evarine Susan Katongo is an option and is likely to play back up to Lungu.

In the defensive midfield role, With Rhoda Chileshe and Judith Zulu not part of the team, Agness Musesa and Hellen Chanda Sumbuwa will battle for a slot.

The match will kick off at 13:00hrs at the Miyagi Stadium and will be live on Supersport’s Laliga Channel.