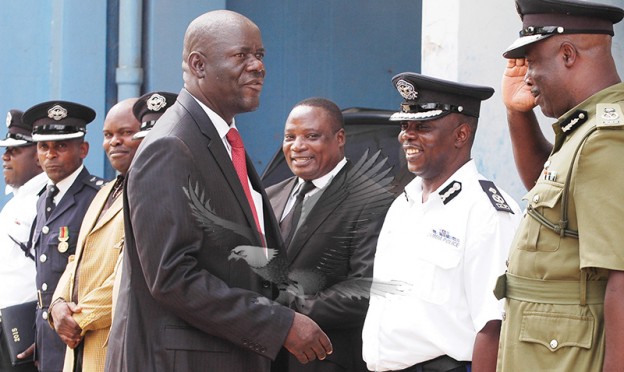 Home Affairs Davies Mwila and his Permanent Secretary Chileshe Mulenga have contradicted each other over the legality of prisoners to vote in the August 11 general elections.

Late last week, Mwila was quoted by some sections of the media as having said it is legal for prisoners to vote.

Mwila who didn’t quote the article from the constitution where he based his statement on, was however contradicted by his own Permanent Secretary.

According to the Radio Phoenix’s lunch time news monitored by Zambian Eye, Dr Mulenga said it is illegal for prisoners to vote as there is no article in the constitution which mandates the Electoral Commission of Zambia to conduct elections in prison.

Earlier, former ECZ Director for Elections, Dan Kalale had expressed shock and displeasure at the Ministers wrong interpretation of the constitution. By press time,  Mwila had neither responded nor commented on the matter after Dr Mulenga’s guidance.