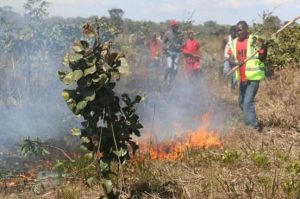 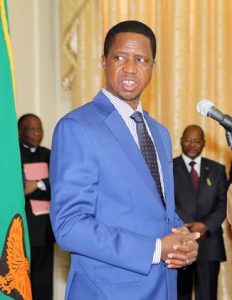 President Edgar Lungu is exposing himself as a weak leader. There is just no way a serious leader would keep quiet with all the signs of impending violence during the period leading to elections.

Violence is being committed with impunity and in the presence of cops in some cases and cops are powerless because PF supporters have become untouchable!!!

It’s situations like this that lead to countries being set on fire because people that are in position to prevent it are preoccupied with being in power so they pay a blind eye to injustice and other vices that eventually the situation becomes uncontrollable and people can’t trust state institutions to protect them so the only recourse is to take matters into their own hands.

The recent suspended ritual killings are still fresh in our minds to be used as a reminder of what lack of leadership can lead to. People were being butchered like goats without any concern from our leaders – what happened when people couldn’t take it anymore?  I can’t believe the man doesn’t understand the situation the political intolerance he is tolerating exposes the country to.

Never ever take peace we have for granted. Kenya is an example of what taking peace for granted can lead to. No one would have expected that a country like Kenya could explode one day.

It takes a million people to create a great reputation but just few foolish ones to destroy it. Edgar has allowed PF supporters to do as they wish without consequences for the criminal acts they are committing.

Let the man show that he has what it takes to be entrusted with the responsibility of holding the office of Republic presidency.

I would want to ask opposition leaders, HH in particular to restrain his supporters but for how long can they contain being abused??

Say what you may if PF practised clean campaigns there is no way the opposition would be violent.