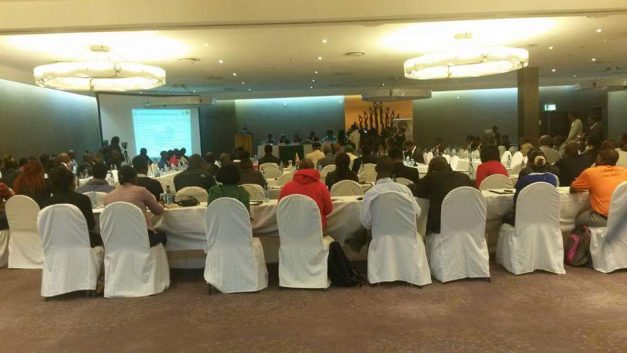 The Electoral Commission of Zambia (ECZ) says any inconsistencies on the nomination details of the running mate will result in “unspecified” consequences for the presidential candidate.

The commission disclosed this during a nomination briefing for presidential candidates and their running mates held at the Intercontinental Hotel in Lusaka this morning.

Speaking at the event, ECZ Chairperson Justice Esau Chulu implored candidates  and their supporters to subscribe to the provisions of the Electoral Code of Conduct so as to ensure fair play and a level playing field during campaigns.

And the ECZ says presidential nominations will commence Monday, May 30 and close Friday, June 3, 2016. The two front runners, the Patriotic Front (PF) and the United Party for National Development (UPND) will file in on Thursday and Friday respectively.

The briefing was attended by Republican President Edgar Lungu and his running mate Inonge Wina, FDD candidate Edith Nawakwi, Green Party candidate Peter Sinkamba among others. UPND leader Hakainde Hichilema and his yet to be announced running mate were absent from the gathering.