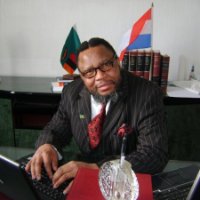 Authoritarianism is a form of government. It is characterized by absolute or blind obedience to authority, as against individual freedom and related to the expectation of unquestioning obedience.

Authoritarianism is influential, characterized authoritarian regimes as political systems by four qualities: (1) “limited, not responsible, political pluralism”; that is, constraints on political institutions and groups (such as legislatures, political parties and interest groups), (2) a basis for legitimacy based on emotion, especially the identification of the regime as a necessary evil to combat “easily recognizable societal problems” such as underdevelopment or insurgency; (3) neither “intensive nor extensive political mobilization” and constraints on the mass public (such as repressive tactics against opponents and a prohibition of antiregime activity) and (4) “formally ill-defined” executive power, often shifting or vague

The dominant party syndrome is not new in the process of political party development Operationally, a dominant party is a party that ‘outdistances all the others’ and is ‘significantly stronger than others’ (Sartori 2005:171). In fact, based on this definition and electoral data from 21 countries, Sartori has identified these countries to have had dominant parties at various periods in the course of their democratic development.

With regard to the development of dominant parties, the difference between Africa and other established democracies is both technical and methodological. Technically, in western democracies, the dominant party came last in the chronological development of democracy and it ‘presupposes an advanced stage of organizational differentiation and specialization’ (Sartori 2005:220). But in Africa, the emergence of the dominant one party was abrupt and sudden. This was because of the socio-cultural and economic contextual realities of the different countries, which enabled the ruling dominant parties to easily become authoritarian in character and substance.

In many African countries, post-independence ruling parties changed to dominant and authoritarian parties, which remained in power until military coups destroyed their structures. Examples abound: Benin, Burundi, Central African Republic, Burkina Faso, Ghana, Uganda, Mali, Lesotho, Rwanda, Niger, etc. After the re-introduction of democracy during the third and fourth waves of independence, most ruling parties in Africa are currently ‘reincarnating’ as dominant authoritarian parties. With this transformational ‘reincarnation’ of ruling parties, social justice and equality are in serious jeopardy.

What is new therefore about contemporary African dominant parties is that unlike their predecessor one-parties, which absolutely outlawed the opposition parties and dissenters, the modern dominant parties, perhaps in view of the changing global political economy, allowed the existence and participation of opposition parties in the democratisation process, and introduced populist policies intended to provide social justice and political equality. Despite these changes, the dominant parties employ extra-legal and authoritarian instruments to strangle opposition, undermine citizen participation and exacerbate the crisis of social justice.

Why have dominant parties persisted in power for decades in countries spread across the globe? Why did most eventually lose? Why Dominant Parties Lose develops a theory of single-party dominance, its durability, and its breakdown into fully competitive democracy. Dominant parties turn public resources into patronage goods to bias electoral competition in their favor and virtually win elections before election day without resorting to electoral fraud or bone-crushing repression. Opposition parties fail not because of limited voter demand or institutional constraints but because their resource disadvantages force them to form as niche parties with appeals that are out of step with the average voter. When the political economy of dominance– a large state and a politically quiescent public bureaucracy—erodes, the partisan playing field becomes fairer and opposition parties can expand into catchall competitors that threaten the dominant party at the polls.