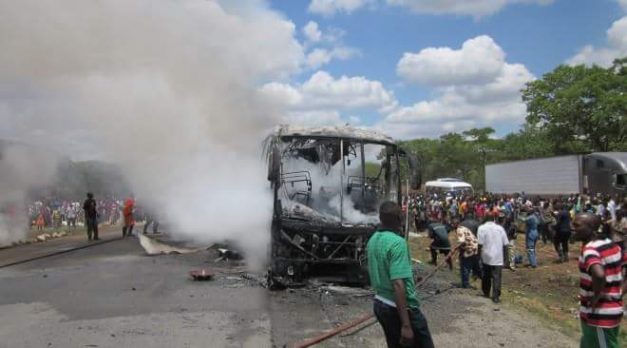 At least 37 Zambians died when their passenger bus burst into flames after a crash in the Democratic Republic of Congo, local officials said on Saturday.

“Thirty-seven people died and 22 others were seriously injured in a Zambian public transport bus accident” on Friday near the Congolese town of Mokambo in southeastern DR Congo, Jean Olondo, a local civil society leader, told AFP.

Olonde, who helped in the rescue effort, said all the casualties were people from neighbouring Zambia.

After a tyre puncture, “the bus, which was traveling at very high speed, collided into a termite mound” and burst into flames, he said.