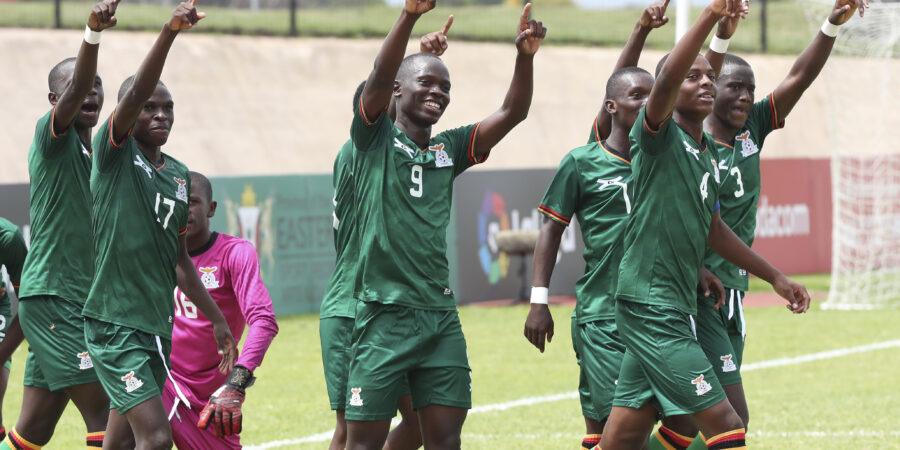 Zambia U-17 coach George Chilufya says he is happy with the healthy competition in camp and has set his sights on coming out of the group at the junior Africa cup of nations tournament.

The draw for the 2021 Total Africa Cup of Nations U17 final competition will be conducted on Wednesday, 24 February 2021 by CAF Director of Competitions, Samson Adamu will be live on CAF platforms from 13h00 (GMT).

“We had called I think 41 players now we have reduced the numbers to 28, so far so good I think everyone is doing their best, the competition is there and there are all looking forward to making the team,” he said.

“The core of the team is there, the one we had last year at the COSAFA tournament now we have added a good number of the under 15s that went to Croatia last time we had 5 and now we have about 9 and there are competing as I said everyone is doing their best and am sure they have pushed the team that qualified us to the tournament,” he added.

Chilufya says his players are aware of the challenge that lies ahead and what they need to do.

“We are following what is happening, unfortunately, we don’t have fans in the stadium, they spicy up the game but from what we have seen the level of youth football in Africa is always going up, and am sure the boys are motivated because we have watched one or two games it’s going on well and we hope to go there and compete,” he added

“As I said we have the core of the team and they know each other we have been together for some time now I think the picture that we have gotten from the full friendlies that we have played has given us hope we have won all of them but that is not so important what we are looking at now are the combinations, we are almost there 70 or 80% we can last 90minutes plus its an indication that we are almost there, and there is no injury it’s only the captain who sat out today but it’s not so serious he may be back very soon.”

Zambia qualified for the tournament after finishing as runners-up to South Africa at the 2020 U-17 COSAFA Championship.

The qualified teams are (in no particular order) :

WAFU A: Mali and Senegal

WAFU B: Cote d’Ivoire and Nigeria