President Edgar Lungu has called Zambia Airforce Captain Thokozile Muwamba and encouraged her as she walks from Lusaka to Livingstone.

Speaking on phone from his office at State House this evening, the President called a shocked Captain Muwamba and wished her well on her long journey to Livingstone in the company of her friends and colleagues.

Captain Muwamba and her friends are undertaking a walk from Lusaka to Livingstone in an effort to raise awareness on Cyber Bullying. 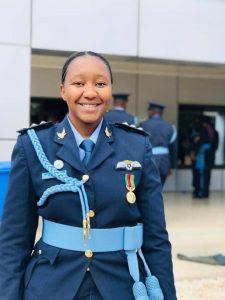 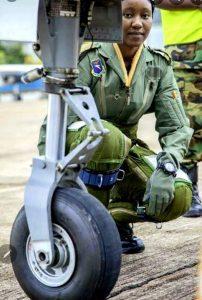 And the excited Captain Muwamba said she was enchanted that the Commander in Chief of Defence forces had called to encourage her.

President Lungu has assured captain Muwamba that they are not on this journey alone and that the Government is putting in place all necessary measures to ensure that Zambians are protected wherever they are, which includes Cyberspace.

The Head of State who has saluted the Patriotism which Captain Muwamba has shown that he will be following her journey on Social Media.

The post THOKOZILE MUWAMBA GETS PRESIDENTIAL CALL appeared first on .