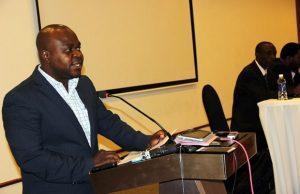 The selective probing of campaign funding of PF by Anti-Drug Enforcement Commission (DEC) is tantamount to witch hunt because other parties have been left out, Southern Africa Centre for Constructive Resolution of Dispute (SACCORD) Executive Director Boniface Chembe has said.

Mr Chembe said investigating one political party would be tantamount to witch-hunt exercise aimed at crippling the former ruling party.

DEC last week summoned PF Secretary General Davies Mwila for questioning on payments which a mysterious person made to a media house on behalf of the former ruling party.

This is in a matter in which DEC is investigating PF on the source of the funds for media adverts in which over k100 million was paid to media houses.

Meanwhile, Revolutionary Party President Cosmo Mumba said political parties were not obliged to reveal the source of their funding.

Mr Mumba said there was no Law that compelled political parties to disclose the source of funding.

“There is no Law that requires a political party to disclose the sourcing of their funding,” he said.