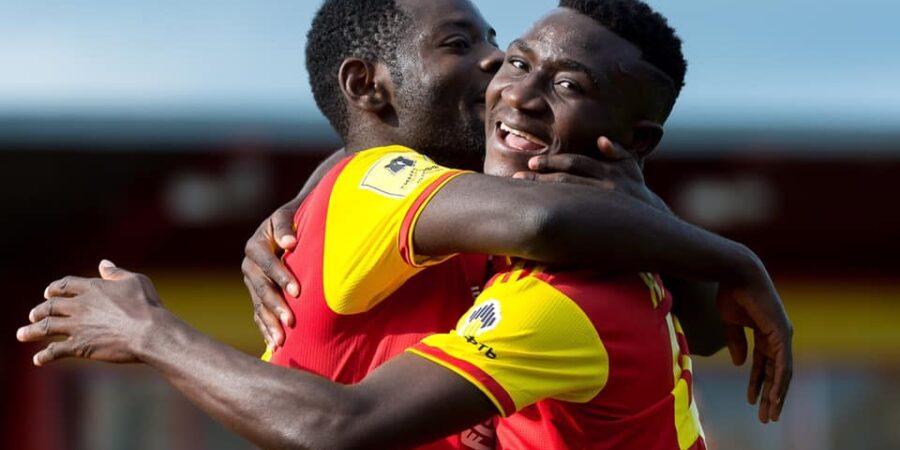 Evans Kangwa played a full 90 minutes while Kings Kangwa was a second half substitute as Arsenal Tula were edged 1-2 by visiting Russian Powerhouse, Spartak Moscow in massive fixture for both clubs for different reasons.

With Zenit officially crowned champions yesterday after defeating Lokomotiv Moscow 6-1, Spartak had a chance to leapfrog their neighbours into second place, the last spot guaranteeing Champions League football for next season.

While a win for Tula would rekindle their slight hope of trying to stay up the Russian Premier League without having to play the relegation playoff.

A loss on the other hand would put them in danger of suffering direct relegation.

Evans Kangwa started this match on the left side of a front three while his younger brother Kings had to be content with a place on the bench.

From the kick off it was Tula who threatened with Lutsenko setting up Djordjevic in the 5th minute but his header was blocked. Spartak responded with Umyarov’s deflected shot hitting the crossbar on the 11th minute.

But the deadlock was finally broken on the 20th minute when Nigerian and on loan Chelsea player, Victor Moses cleverly beat his man down the right to set up Sobolev who headed Spartak into the lead.

Tula responded positively 5 minutes later when Evans Kangwa almost created an opportunity out of nothing.

Following a Tula clearance from their own half, the former Nkana man flicked the aerial ball expertly past two Spartak defenders but the onrushing goalkeeper Selikhov swept up before he could get to it.

Fortunately for Tula the next attack and final piece of first half action which Evans Kangwa was involved in led to a goal.

The Zambian ‘number 10‘ cleverly backheeled an aerial ball into the path of Djordjevic whose cross was unintentionally deflected by Spartak’s centre back Ilya Kutepov. 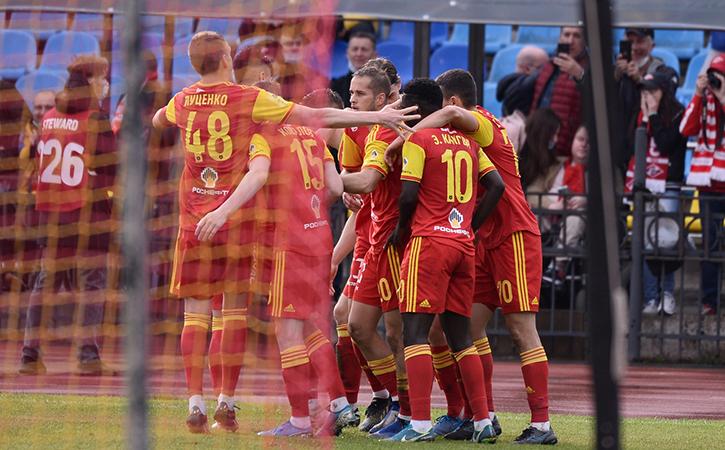 An evenly contested first half was brought to end with the game heading into the break all square.

Kings Kangwa came on with 18 minutes of normal time left. He was brought in to add solidity in Tula’s midfield.

There wasn’t much action until the 76th minute when eventual man of the match Victor Moses again assisted from the right flank when he squared the ball to Jordan Larsson.

Jordan Larsson coolly finished down the keeper’s near post.

The Swede showed good predatorial instincts reminiscent of his Father Henrik Larsson to fire the Krasniy-bely (Red and whites) as Spartak Moscow are known ahead.

With few clear cut chances, the last real chance of the game fell to Tula when substitute Valeri Gromyko’s header from the right side of the six-yard box was headed wide from an Igor Gorbatenko cross.

Tambov in 16th are already relegated after losing to Rostov yesterday.

Next, Arsenal Tula host Rubin Kazan on 8th May.