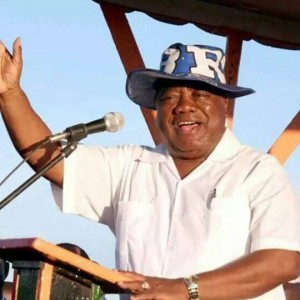 The Nevers Mumba-led MMD faction has expressed alarm at remarks attributed to former Republican President Rupiah Banda, in which he is reported to have said Dr. Mumba will run from court to court to seek redress on the issue of the illegal convention held in Kabwe this past weekend, but will merely exhaust himself as he will not win this case.

Banda made the comments when addressing party members soon after former Lunte member of Parliament was elected new president of the former ruling party at a desputed convention held in Kabwe over the weekend.

But reacting to Banda’s statement, the faction’s acting spokesperson Irene Musonda described the remarks as “most unfortunate”, accusing the former head of State of casting doubt on the independence and professionalism of the Zambian Judiciary.

Musonda fears that the outcome of the matter is already pre-determined irrespective of the issues her group will raise and present to the courts.

“The kind of illegality, immorality, manupulation and ‘dirty politics’ such as have been exhibited in the issues surrounding the illegal gathering that met in Kabwe, typify  the very reasons why  Dr. Nevers Mumba has been compelled to enter politics in order to bring   morality, integrity, decency, justice and  sanity  in the  governance of   our great country,” Musonda said in a statement released to Zambian Eye.

“The criminality and callous disregard for procedure and the rule of law which characterised the shameful ‘RB convention’ is highly reminiscent of the corruption and  arrogance which characterised the last days of RB in power and despite recording unmatched, robust   economic indicators and a tremendous governance record,   Zambians were forced  to vote the MMD out of power in 2011.”

Musonda argues that contrary to the negative insinuations and assertions made by Banda on the freedom of the Zambian Judiciary,  Dr. Mumba has in the past received fair hearing and judgement from Zambian Courts of Law on almost every case that has been thrown at him  to challenge his  leadership of the party since taking over  in May 2012.

She has since expressed hope that as has been the case in the past, the Courts will look at the case on its own merit, independently and fairly.