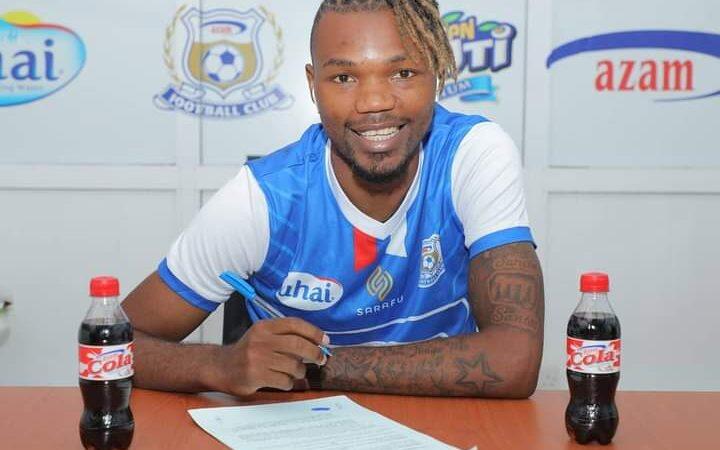 The Chipolopolo forward has penned a two-year deal with the Wana Ramba Ramba. The club took to social media to confirm the development.

The deal was signed today in Dare Es Salam. Kola joined Azam as a free agent after his contract with Zanaco came to an end on June 21st.

Kola will reunite with his former coach George Lwandamina, and link up with fellow Zambians, Obbie Chirwa, Charles Zulu, and Paul Katema.

Kola is represented by renowned agent NIR KARIN who also brokered the Charles Zulu deal to the same club.

Kola told the ZamFoot Crew that he’s very happy to join a big club (Azam FC) and that he is very happy to unite with coach Lwandamina who coached him at U-20 World Cup in 2007. Kola was also quick to say thank you to the Bankers fans.

“I want to say a big thank you to all Zanaco fans and family,” he said.