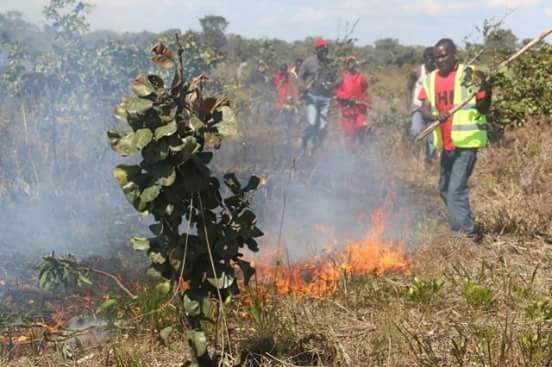 The Oasis Forum, that includes the Council of Churches in Zambia (CCZ), the Evangelical Fellowship of Zambia (EFZ), the Law Association of Zambia (LAZ), the Non Governmental Coordinating Council (NGOCC) and the Zambia Episcopal Conference (ZEC), is extremely disturbed, appalled and greatly saddened by the increasing incidents of politically motivated violence in the run-up towards the August 11 General Elections.

This is despite the commitments political parties pronounced at the Indaba on political violence held at the Cathedral of the Holy Cross on 29th March 2016. Rather dishearteningly, the resolutions of that Indaba have been thrown to the wind and our political leaders are once more letting the country down. The wise counsel of the Church and other stakeholders in the governance of our country, has not been heeded by the authorities responsible for maintaining law and order. Consequently, political violence has been on the rise at a very alarming rate.

The Oasis Forum observes that the incidences of political violence are symptomatic of a serious breakdown of law and order in the country and are a threat not only to the holding of free, fair and credible elections, as expected in August 2016, but also to our very existence as a sovereign state which has enjoyed relative peace on the African Continent for over fifty years. Something drastic needs to be done sooner than later.

This is contained in a statement issued today by Fr. Cleophas Lungu who is the OASIS FORUM Chairman.

The Forum has appealled for calm and maximum restraint from especially the members of the Patriotic Front (PF) and the United Party for National Development (UPND).

“It is incumbent on all of us not to do or say anything that might worsen an already volatile situation. The Oasis Forum also calls on the youth to desist from being used by political actors to intimidate other political players who have the same right to belong to a party of their choice and hold divergent political opinions.” The statement said.

“……the Oasis Forum calls upon our leaders across the political divide to show genuine leadership by promoting the rule of law, respect for human rights, good governance and unity in the nation for the benefit of all Zambians. What Zambians are interested in are issue based campaigns rather than mudslinging or hate speech. Not only that, the Oasis Forum would like to see our political leaders taking some serious steps to translate the resolutions enshrined in the communique issued after the Indaba into action.” said the Forum