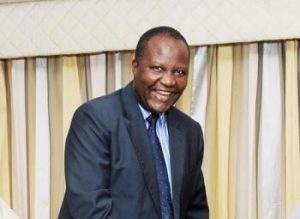 The Nevers Mumba-led MMD faction has dared Felix Mutati to go ahead and “deal” Dr. Mumba as reported in the Daily Nation of Monday, June 6, 2016 if he “has guts.”

Spokesperson of the faction Ireen Musonda says Mutati is an expert at ‘hot air’ threats which he somehow finds difficult to follow through.

She reminded the nation that in January this year,  when it was discovered that Mutati’s picture was among UPND senior officials appearing on a calendar for the party’s campaigns ahead of the 2016 general elections, he threatened to sue the UPND for not getting his permission to put his picture on that calendar but did not follow through on the threat.

Musonda challenged  Mutati to categorically confirm or deny whether it is true that he is expelled from the MMD and whether or not  his expulsion was upheld by the Lusaka High Court upon appeal “instead of making incoherent noises which do not make any sense.”

She said on the other hand, Dr. Mumba is the bona fide President of the MMD having been democratically elected in the heavily contested Convention of May 2012, against several well-known former leaders of the MMD in which he trounced Mr. Mutati with a 70% landslide in a re-run.

She feels that Mutati’s recent “troubling” behaviour may be  as a result of his failure to come to terms with that “devastating” defeat.

She says no matter how often Mutati and his team keep referring to the “kangaroo” convention they held in Kabwe, that illegality remains an illegality which  shall not go away and they should come to terms with the tact that Dr. Nevers Mumba’s 5 year term of office, is firmly protected by the MMD Constitution until May 2017.