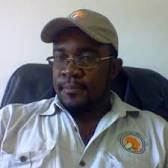 THE government has contracted Neria Investments Limited to distribute 44,866.88 tonnes of Urea fertiliser to FISP farmers in four provinces under a time frame of 12 weeks.
And Neria Investments Limited general manager Martin Chaikatisha has noted that a prosperous agriculture sector drives Zambia’s economic development.
Chaikatisha said his company would deliver Farmer Input Support Programme (FISP) Urea for the 2016/2017 farming season to zone one (Muchinga and Northern provinces) and zone five, which comprises Lusaka and Eastern provinces.
“The total quantity is 44,866.88 metric tonnes allocated as Muchinga Province, 12,705.85 metric tonnes, Northern Province 14,681.55 metric tonnes, Eastern Province 14,830.33 metric tonnes [and] Lusaka Province 2, 649.15 metric tonnes,” Chaikatisha told journalists when he flagged off the trucks carrying the fertiliser in Chilanga yesterday.
When asked to state how much the contract was worth, Chaikatisha said: “The figures are not with me, but you can give me a press query it will be given.
He added that Neria Investments would help the government in its strides to ensure national food security in Zambia.