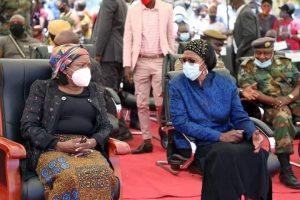 Barely a month after the suspension of road blocks by home affairs minister Jack Mwiimbu, the government has suggested that the system should be brought back.

In trying to introduce new systems as a new government, Mr Mwiimbu announced the suspension of road blocks and snap traffic checks on roads.

However, following an increased number of avoidable accidents, leading to deaths, Vice-President Mutale Nalumango said yesterday that road blocks by police officers should be reconsidered to reduce on road carnage witnessed in the recent past.

Speaking at the burial of the Kabangwe accident victims yesterday, Mrs Nalumango said the reintroduction of road blocks will not be used to inconvenience motorists but to make sure there is law and order on the roads.