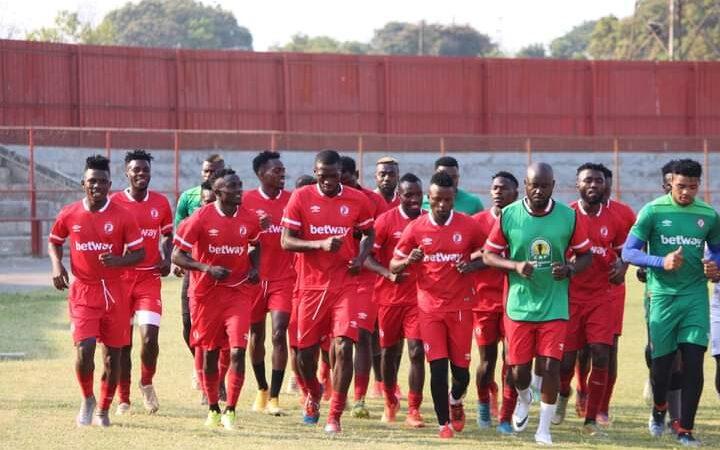 After a chaotic, and extremely interesting, opening weekend of the MTN Super League action.

The ZamFoot Crew takes a look at what conclusions you should and shouldn’t jump to.

Are we ready to condemn Nkana after their loss to Nkwazi and continued failure to win games as we saw last season?

And how about Power Dynamos? Is this the year they finally go down?

Well that was fun wasn’t it?

The opening weekend of the Premier League was everything we wanted it to be.

Fast, chaotic and the sort of spectacle you cannot take your eyes off. As we expected fans are not yet at the stadiums and we keep looking forward on what will come next.

Even with a football-heavy transfer it’s hard not to leap to all sorts of conclusions after seeing our favorite players and teams back in action once more but they can end up looking rather heavy and there can be trends to spot.

NO NEED FOR NKANA TO START PANICKING

There’s something about the struggles of Nkana that seems to bring out the gloater in everyone.

Pretty much everyone in Zambia seems to take great delight in Nkana struggling. Perhaps it’s the awkward reality that, yes, Beston Chambeshi can do it in the league or maybe it’s just the sheer joy of throwing their transfer spending back in the face, it’s hard to tell.

But you can be sure they were out in full force on Sunday as they lost to a Dennis Makinka’s Nkwazi.

But let’s be honest, we’ve seen this before. Last year Nkana looked clueless and relegation was in their face and ended up the league pretty comfortably. I don’t think anyone will be interested in that struggle because it could go wrong and the team relegated

WE STILL NEED MORE FROM LUBINDA BUT WHAT A START

Lubinda Mundia was absolutely majestic on Saturday game for Buildcon against Green Eagles. A brace from a losing position to win the game and three points for his new team is awesome.

Much like the youngest goal scorer or scoring two in a match it’s an achievement that doesn’t necessarily indicate skill over a season, more the individual talent that is possible in a moment.

That is Mundia and he will be key for Buildcon after a good shift with City of Lusaka after Nakambala Leopards was disband.
.
BELIEVE IN KONKOLA BLADES

Look, last season, this could be Kitwe United struggling all over again but there is a real feeling about Konkola Blades, a sense that they could make some noise.

The club just feels sensible. They didn’t use some of their newly acquired Super League much riches against Power Dynamos to help win against the Kitwe giants. But their game was superb.

You know what you’re going to get Konkola Blades, plenty of pace and work but, as we saw with Nkwazi on Sunday, good teams can pass their ways around it.

Power Dynamos are not a good team and did not look well-prepared but Blades can be sure they’ll face tougher matches.

But there is a real sense of spirit there, much with Buildcon under Boyd Mulwanda .

The celebratory scenes at full-time were heart-warming to the fullest extent and no-one is going to fancy a trip to Chililabombwe with that sort of noise.

Alright that might be hyperbole given Green Eagles’ defense was as friendly and welcoming as a good Samaritan in the new testament. Eagles scoring first and to be allowed to be pegged back to those levels will be worrying for Aggrey Chiyangi and his team.

Is it all down to Warren Kunda Perhaps but that does feel a little too easy as a conclusion although he clearly has a huge impact on the team.

It’s looking rough from the start but that won’t be worries of Buildcon and who will be looking to be consistent after the huge result in Southern Province.

THE MAGIC OF FANS IS REAL- WE SHOULD HAVE IT BACK

This is just a quick one to finish off but full stadiums are an absolutely glorious thing and they really do make football what it is. It makes it more of an experience and the games become instantly more fun, less sterile. We look forward to more of this across the league in line with health guidelines.

The Super League is here and the drama is here!

The ZamFoot Crew as of always will take through the whole season week in week out as we get into the tiny details that others ignore!

We are Zambian Football ourselves!!!