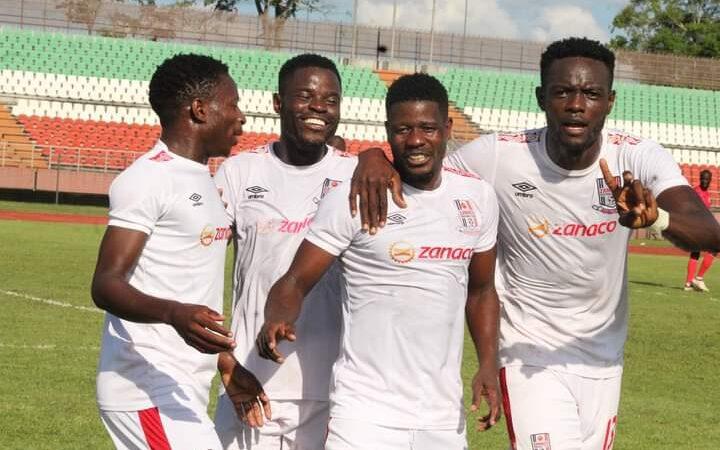 Sensational Zanaco Football Club on Sunday afternoon kicked off their CAF Champions League campaign with a preliminary round first leg 2 nill away victory against Equatorial Guinea side Akonangui FC.

Speaking to the ZamFoot Crew in a post-match interview, Head coach Kelvin Kaindu expressed happiness with his team’s victory citing that it was a good victory considering that his side was playing away from home.

“I think it was a good result for us it is never easy to get a victory like this especially when you’re playing away from home especially looking at the reception we were given you have seen how we have been treated both before and after the game but I think in the field we did our best for us to get 2 goals without conceding it’s a plus for the team,” Kaindu said.

The Bankers will host Akonangui FC on Saturday 18th September in Lusaka and Kaindu has promised an offensive approach.

“Will still be playing at home and we have an advantage with 2 goals we still want to be offensive we didn’t have much information about our opponents but probably after the game that’s when we will be able to see how best will approach the game,” he told the ZamFoot Crew.