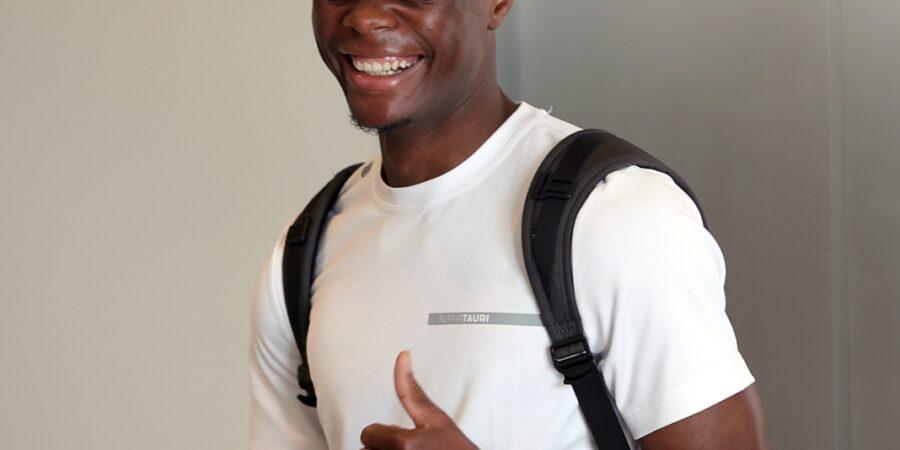 Zambian forward Patson Daka says he is in England to represent the Country and not just himself.

The Leicester City striker is hoping to do his Zambian supporters proud in the Premier League given the massive support they have been giving him.

“Leicester City has a lot of Zambian fans now!” he laughed. “Some of them probably supported a different team before, but now they’ve changed to being Leicester City fans. It’s amazing to see the support that I receive back home. I’m not here just for myself, I’m here to represent my country,” Daka told Thursday’s edition of CITY Matchday Magazine.

“That’s something I always remember. It isn’t all about me. The people back home feel so much pride, it’s amazing. Hopefully, Leicester will be happy that they have so many new Zambian fans!”

Patson Daka and his Leicester City teammates will host Napoli in the UEFA Europa League group stage on Thursday and Daka is hoping for a better story having faced them several times with his former side, Redbull Salzburg.

“It didn’t go our way mostly, so I’m looking forward to a new beginning with Leicester, and hopefully we can get a positive result,” he said.

“Napoli is a very strong team; very physical and they always fight to the end. Every team has a weakness though, and we must make the most of that with our strengths.”

“We’re good at keeping the ball, so that can frustrate teams. In the few times that I’ve played against them, I always felt they were much stronger at home. When they play away they maybe sit back a little more, so we’ll see if that’s the approach they go for.”

“Either way, it will be a very difficult game against a good team.”

The Foxes will welcome Napoli to Filbert Way for their group stage opener on the European stage after qualifying for the competition by finishing fifth in the Premier League and lifting the Emirates FA Cup last season.

The Group C clash will kick off at 8 pm on Thursday in the East Midlands.