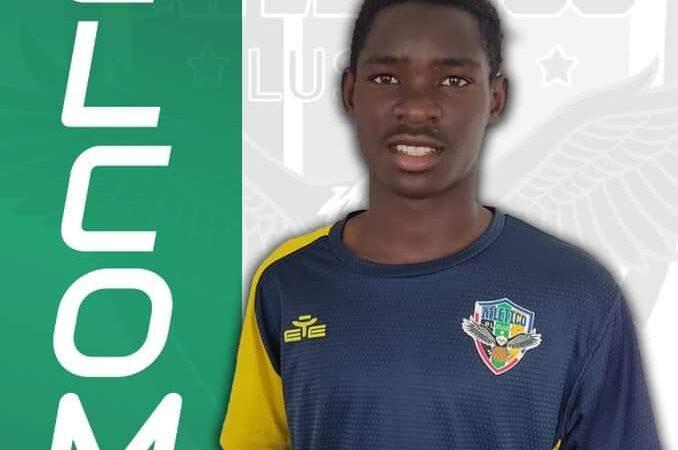 Football Association of Zambia (FAZ) Division One Lusaka Provincial side Atletico Lusaka Football Club’s new acquisition from Sport In Action (SIA) Gift Siame is thankful for the opportunity given to him to join the club.

Speaking in an interview with the ZamFoot Crew, Siame said he is ready for the new challenge and he’s optimistic he will rise to the occasion at his new team.

“I feel good and I really thank God for this opportunity to join a team like Atletico Lusaka, a very ambitious club with amazing players and also the style of play. I know it’s a big challenge for me but I will do my level best so that I can be amongst the best,” Siame said.

The 15-year old Defensive midfielder who is nicknamed after the former Sevilla and 2007 African Footballer of the year Malian striker Frédéric Kanoute further encouraged his friends at his former team Sport In Action to be determined and continue working hard because everything is possible.

“It’s all about Determination, Discipline, Hard work, Passion, and Ambition that’s the way to go and everything is possible in life,” he added

Siame alongside Jonathan Daka who plays as a Defender joined Atletico Lusaka from Sport In Action (SIA) in August this year and they both reunited with their former teammate from the Munali based Academy side Francis ‘Bubu’ Mutalange who is already on the books of the coach Brian Kunsanama tutored boys.

Atletico opened their new 2021/22 season account with a 2-2 draw result as they shared spoils in a 4 goal thriller with newcomers Chilanga Stars last weekend and they will be hoping to make amends this week when they travel to Happy Hearts in a Week 3 encounter.