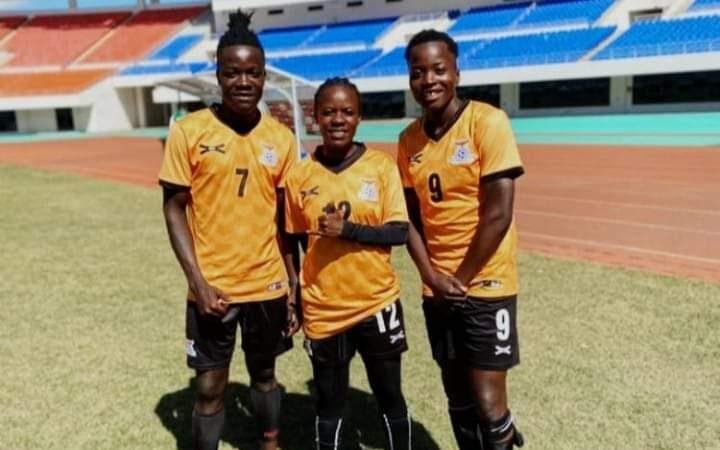 Chilufya and Kundananji are back in the country from their base in Shkyment and have already joined the Copper Queens Training Camp ahead of the rescheduled 2020 Tokyo Olympics to be staged next month in Japan.

The arrival of Kundananji and Chilufya who play for BIIK-Kazygurt in the top tier of the Kazakhstan Women’s Premier League completes the list of all the foreign-based players that includes Israeli based Hazel Nali, Spanish based Hellen Mubanga, and Rachel Nachula both of Zaragoza CFF and skipper Barbra Banda who plays for Chinese Super League side Shanghai Shengli.

The Copper Queens are in Group F alongside China, Brazil, and the Netherlands at the Tokyo Olympics.

The Coach Bruce Mwape tutored side will start their journey at the Olympics with a stern test against the Netherlands on 21st July 2021 before taking on China PR 3 days later with both matches slated for Miyagi Stadium in Miyagi.

The Copper Queens will then wrap up their group match against the much-fancied Brazil on 27th July 2021 at Saitama Stadium in Saitama.