The re-arrest follows the nolle prosequi which was entered by the Director of Public Prosecutions on the two in 2020. 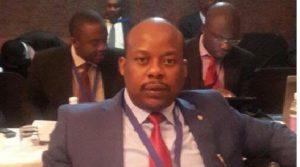 The payment followed the award of a concession agreement for the provision of advanced Road Safety Management Solutions and Services through a Public Private Partnership.

Mr KAMANGA says Mr CHANDA and Mr SOKO have been charged for money laundering involving the amount they each received.

IMS is the company which was running speed cameras.