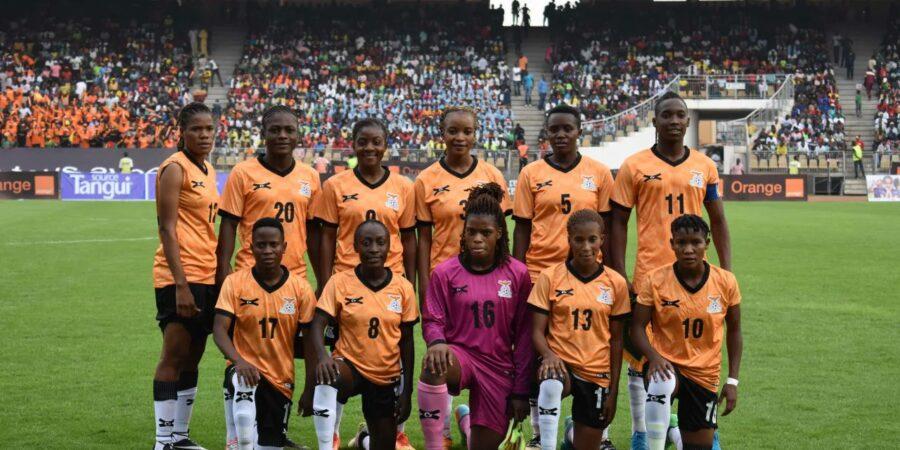 The Zambia Women’s National Team will this afternoon face South Africa in an International friendly match slated for Bidvest Wits Stadium in Millpark, Johannesburg at 15:00hrs(CAT).

The Copper Queens who arrived in Johannesburg yesterday will be going into this match knowing very well that they have never defeated Banyana Banyana in all the 6 meetings between these two sides, losing 4 times and managing 2 draws.

The last meeting between Copper Queens and Banyana Banyana was in the 2019 COSAFA Championship in South Africa in which Zambia lost 1-0 so they will fight for a better result in this match.

However, Coach Bruce Mwape declared his lasses ready for this game, and team captain Barbara Banda is expected to lead the Queens who have been blended by junior players in today’s game.

The squad was boosted by the arrival of Spanish based striker Racheal Nachula who plays for CCF Zaragoza and brings more experience to the team alongside Banda who are the only two foreign-based players in the team and coincidentally they both scored the 2 important goals for Copper Queens in their last assignment in November 2020 in Santiago when they defeated La Roja Feminina 2-1 in another friendly match.

On the other hand, Banyana Banyana is boosted by the presence of the Spanish-based trio of Noko Matlou, Amanda Mthandi and prolific striker Thembi Kgatlana who coach Desiree Ellis will rely on to lead the team to victory this afternoon.

After this encounter, the Copper Queens will shift their attention to yet another friendly match against The Harambee Starlets of Kenya on 24th April 2021 in Lusaka.

Copper Queens made history last year by qualifying for their first-ever Olympics and Coach Bruce Mwape is using these two friendly matches as part of the preparations for the rescheduled 2020 Tokyo Olympics to be hosted by Japan from July 23 to August 8, 2021.