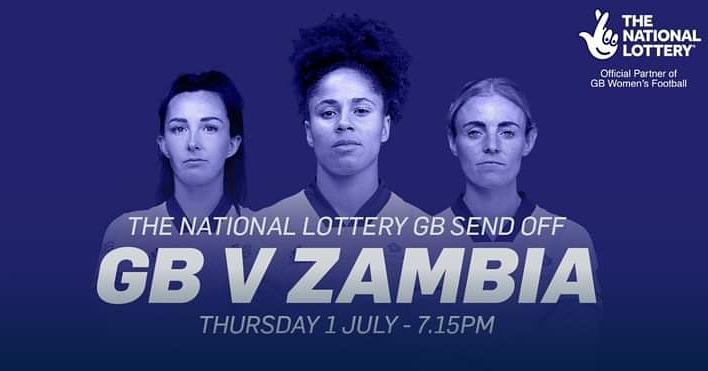 The Zambia Women’s national team will face Great Britain ( a combination of English Lionesses, Wales, and Scotland) on July 1st as part of their preparations for the 2020 Tokyo Olympics.

According to a story on Englandfootball.com monitored by the ZamFoot Crew, The match will be a send-off game hosted by the National Lottery for the GB Women’s Football squad.

Great Britain head coach who is an Olympic champion, Hege Riise, having won gold with Norway at the 2000 Games, is excited to face Zambia who she says excelled in their qualification journey.

“We’re so excited to see what we can achieve out in Tokyo and we’ll go out there aiming to win. But we also aim to inspire young female footballers from across Great Britain to take up the support and further grow the game,” she said.

“We’re honored to welcome Zambia to Great Britain for this match. They have excelled in securing qualification for the Olympics and their achievement and the legacy they will provide will also help grow the women’s game in Zambia,” she added.

A limited number of tickets for the match, which kicks off at 7.15 pm BST at Stoke City’s Bet 365 Stadium (formerly Britannia Stadium), will go on sale to fans from 11 am on Friday 11 June.

Great Britain, who have been drawn in Group E, will face Chile in the opening game of the Tokyo 2020 Olympic Games in Sapporo on 21 July, followed by hosts Japan on 24 July before traveling to Kashima to take on Canada on 27 July.

Meanwhile, Bruce Mwape’s lasses were drawn in Group F and will face Brazil who is making a seventh appearance at the tournament, Netherlands, and China who will set an Asian record with their sixth participation at the biggest sports festival that kicks off in July.

The Olympics will officially run between 24th July and 9th August 2021, but sporting action kicks off two days before the opening ceremony with preliminary women’s football matches set to light up the occasion for various sports disciplines.