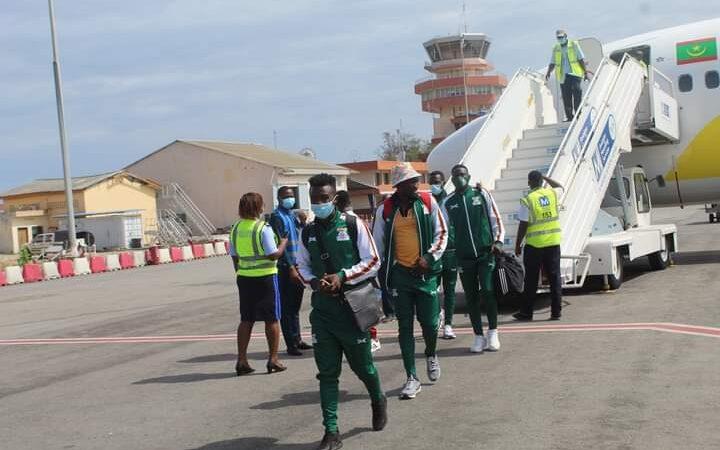 The Zambia national team seems to have already put their 3-1 loss to Senegal behind them and are solemnly focusing on Tomorrow’s match against Benin.

Coach Milutin Sredojevic’s men on Sunday afternoon shifted base to Cotonou, Benin ahead of Tuesday’s international match against the Squirrels. The team arrived in Cotonou at 14:45 hours local time and is accommodated at the Royal Benin Hotel.

Mayembe who described his debut as an emotional moment was quick to point out that he was impressed with the second-half performance and he is looking forward to playing a part in the next two matches.

“It was an emotional moment for me to come on. I thought let me give it my all, to play for the shirt. That is all I could do and for me, it was just an unbelievable feeling and overcoming all my fears and everything,” he said.

“I thought we did well in the second half, I thought we applied ourselves well. In the first half, we were not switched on in terms of where we play our best football. I think our best football came in the second half and it was a bit too late for us to do that in the last 10 minutes. We should have done that in the first half. ”

“The bounce back is key for the team; we have learned from our mistakes. I could tell the guys are hungry for the next two games. the results will show, I am looking forward to the next game and hopefully play a part in the games,” he added.

“It was a very good experience, playing a very professional side of players and a very good team which has stayed together for quite a well. It has tested us and given us a leakage on the games coming forward,” he said.

“It is important to stay disciplined, focused and have a target and always work hard and above everything God first. It has never been a walk in the park. It is something that I have worked for since my junior debuts. If you stay disciplined and listen to what the coaches say you can make it,” he added.

Zambia will play Benin on Tuesday at the Mathieu Kerekou Friendship Stadium at 19 hours local time.

Micho is carrying a team that is thin and stretched to the barest minimum with up to 17 possible inclusions to the squad not available for selection due to various reasons.

Sometimes in football u are outscored but genuine recognition&performance appreciation of your respected sports opponents Senegalese Brothers coach CISSE,players KOULIBALY,KOUYATE, GUEYE,MANE&fans ovations make u surpass pain of loss motivating u to work harder&believe in PROCESS

Zambia will then conclude their trip with a match against the Falcons of Jediane, Sudan on Friday 11th June.