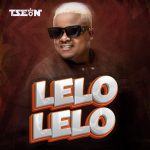 T Sean the dancehall daddy shares his first single for the year and it is titled “Lelo Lelo” As you already know he never disappoints when it comes to delivering bangers.. Stream it on the link below https://www.boomplay.com/share/music/115298872?srModel=COPYLINK&srList=IOS The post T Sean – Lelo Lelo appeared first on Zambian Tunes.
Read More 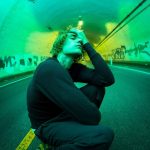 Justin Bieber has sold the rights to his publishing and artist royalties from his song catalog, adding himself to a growing list of pop stars who have inked rights deals. Bieber sold his catalog to Hipgnosis, the music rights investment company announced Tuesday. “Justin is truly a once in a generation artist and that is reflected
Read More

A civil servant only known as Mr Sakala has been embarrassed in Mukushi by a Sx worker by the name of Natasha who was demanding to be paid after he dodad her without paying.. She says the man rider her without any rubbers two consecutive times but he later refused to pay her for the
Read More

Almost everyone knows how Remmy kangwa and Mwizukanji are close and would post and comment on eachothers post, that isn’t happening anymore of late and this has brought some attention to most followers and bloggers. Well a number of bloggers have been posting about this sudden silence between the two and asking what could be
Read More

Le@ked Audio Conversation between a Kitwe Pastor and a Married Woman. WELL KNOWN KITWE PASTOR APPRECIATES A MARRIED WOMAN FOR DANCING WELL “Nati nkutashe waleshana bwino pa bedi, according to him In the audio. Listen to Audio below The post Le#ked Audio of Kitwe Pastor appreciating woman for dancing well in b€d. appeared first on
Read More

Tina Chilufya the ex and baby mama to Aqualaskin has posted screenshots of her inbox to show the messages he has been sending begging her to take him back. This comes after she earlier sent a strong warning to someone who was yet know but now it is clear she directing at Aqualaskin’s new girlfriend
Read More

Rapper Aqualaskin’s Ex girlfriend and Baby mama Tina Chilufya is sendinf a strong warning to someone we are yet to know. In the recent post on her page, Tina has gone vulgar with strong words that we can’t even mention here, Whoever she is addressing has surely gotten the message and we hope to get
Read More