I know Blake Zambia I can safely say I’ve had him under my wings for a while. I had a conversation with him over a lot, that has happened. I know he meant no harm in sharing his joy over a released project. When a song is Good, everyone present is excited over it. I
Read More

A lot has been said suggesting The hit single Aweah released by Yo Maps four days ago was written by Blake Zambia but he was not recognized for the same After a Frenzy on social media with others saying the rumors are true and others saying they are not true, Yo Maps addressed the issue
Read More

Blessing and Moses come together on his brand new single titled “Nga Mwaland Ishiwi”a beautiful gospel song. A song where he makes a plea before God to speak something in his life because when he speaks, things start to happen and change. Stream, Download and Share Download Mp3 The post Download: Blessing & Moses –
Read More 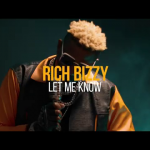 Kalandanya Music promotions presents, Rich Bizzy performing track number 3 off his recent released album An Afro pop song titled “Let Me Know” were a msn i trying to find out from his supposed lover if she still wants to continue with the affaire or not. Stream and enjoy You can Stream the rest of
Read More 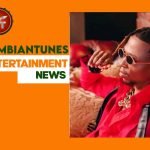 Lusaka ~ Friday, 18 November 2022 By Brightwell Chabusha With so much hatred thrown at him for reasons both known and unknown, Zambia’s arguably biggest artiste Yo Maps has seemingly won back people’s love after his latest song called “Aweah.” The talented singer has of late been in a rough phase as people among them
Read More

The biggest artist in the country right now has something new.. Yep, Yo Maps drops a brand new single titled “Aweah“ We are all away that he hit maker has had a rough year because of the hate and negativity surrounding his career and his personal life. In this song he addresses all the negativity
Read More 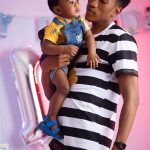