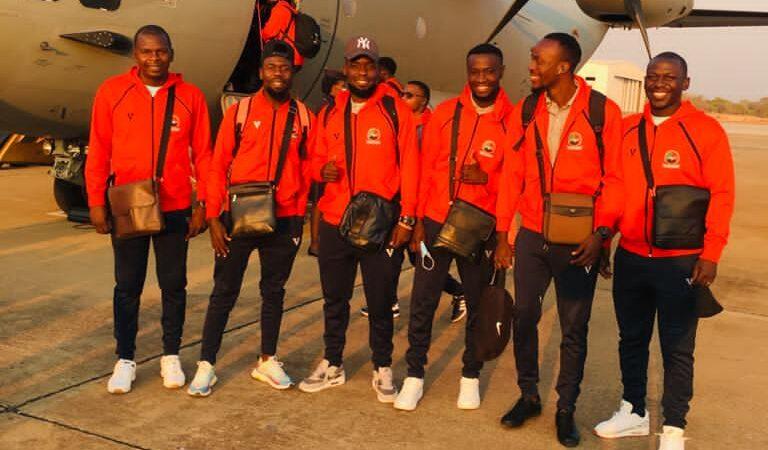 The Airmen landed at the King Mswati International Airport this morning at 10:05 and are lodged at Esibayeni Lodge which hosted Zesco United last week.

In an interview with the ZamFoot Crew upon arrival, Coach Chisi Mbewe said that the team is ready despite the weather in Eswatini being a bit hot.

“The team is very ready, we have prepared well for this second leg and we just have to make sure that we get the positive results,” he said.

Mbewe traveled with a 19 member squad for the clash and believes the team is ready to deliver on Saturday.

“We picked the team that is capable and a team that will fight for us to get done with the job in Eswatini,” Mbewe said.

The coach also took time to thank the sponsors and assured the fans of a positive result.

“Firstly I would love to say thank you to our sponsors for making it possible for us to fly to eswatini. To the fans, we ask for you to believe in us and continue supporting us.”

The game will be played on Saturday at 15:00hrs central African time.

Arrows carry a 2-1 advantage thanks to a first leg won with Felix Bulaya starring and scoring a brace at the National Heroes Stadium last Saturday.