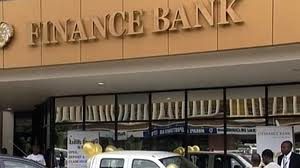 ATLAS Mara Limited has announced the merger of BancABC Zambia and Finance Bank, a transaction that could result in the creation of one of the country’s biggest banks, reports The Post Newspaper.

In 2014, Atlas Mara acquired a significant majority stake in ABC Holdings, the parent company of a sub-Saharan Africa banks operating under the BancABC brand and yesterday announced a 100 per cent takeover of Finance Bank from the Mahtani Group of Companies led by Dr Rajan Mahtani.

In statement yesterday, Atlas Mara announced that it would start the process of integrating Finance Bank Zambia and Atlas Mara’s existing Zambian subsidiary – BancABC Zambia and also announced that Barkat Ali was with immediate effect stepping down as FBZ managing director.

Benjamin Dabrah, who joins from Standard Chartered Bank where he was serving as regional chief risk officer for Africa, takes over from Ali.

The statement further announced that FBZ would be combined with BancABC with pro forma combined assets of $567 million at the end of last year.

The merger would result in the creation of one of the largest banks in terms of branch footprint in the country, with physical presence increasing from 23 branches to 65 branches, 176 ATMs and 23 agencies.