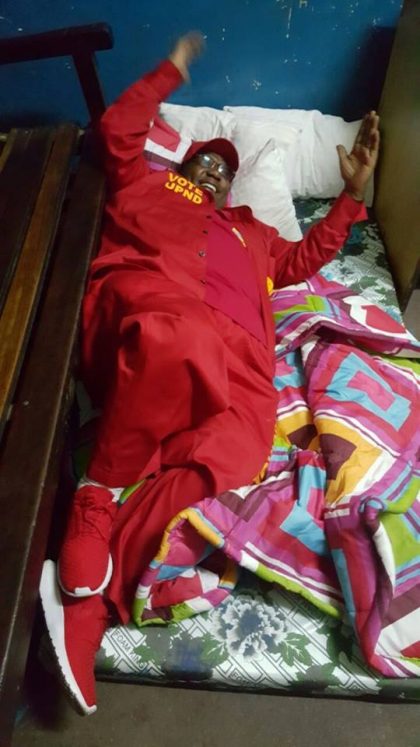 UPND Vice President for Administration Geoffrey Mwamba says his incarceration will not lower his spirit to regime change in Zambia.

Mr. Mwamba was speaking in an interview at Ndola Central Police Station where he is currently detained as he awaits Court today in Kitwe.

Police in Ndola yesterday Mr Mwamba with conduct likely to cause a breach of peace.

The UPND Vice-President for Administration was picked up by police Saturday morning at Ndola airport as he attempted to make his way to Kitwe for the party’s campaign launch, following allegations that he assaulted two marketeers at Kitwe’s Chisokone market. He was detained as police looked for an appropriate charge to lay on him.

Copperbelt province Police Commissioner Charity Katanga later told journalists in an interview that police could not charge the former Kasama MP as no one had come forward to lodge a formal complaint.

Now that it has become apparent that there will be no complainant, police have decided to slap Mwamba, connonly known as GBM, with a lesser charge of conduct likely to cause a breach of peace.