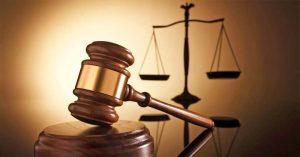 The Constitution of Zambia does not allow for appointment nor occupation of office of minister or provincial minister after parliament dissolves and has not yet commenced, the Constitutional Court has been told in a written submission filed on Tuesday by Governance activist Isaac Mwanza.

And Mr Mwanza has told the Constitutional Court that the idea that public officers hold their appointments at the pleasure of the President or appointing authority who can dismiss them at will has no place under Zambia’s new constitutional regime.

In making arguments in a case where he has sued the Attorney General over the recent appointments of ministers, provincial ministers and dismissals of public officers, Mr Mwanza has told the court that the life of the National Assembly of Zambia commences when the candidates elected to the office of member of parliament are sworn into office and ends upon dissolution of the National Assembly.

“This court affirmed that the position of ministers was tied to the life of parliament and that no minister can occupy the office of minister during the period when the national assembly stood dissolved,” the court heard.

And Mr Mwanza has maintained that a minister can only perform the functions as a minister when both parliamentary and ministerial oaths are taken before the carrying out the duties of office.

He said such a constitutional requirement cannot be waived or modified by any inferior statute or executive power as the Constitution binds all institutions.

He has also submitted that a person appointed to a non-existent ministry and or ministry which has been merged but yet been approved by Parliament m cannot perform constitutional or statutory functions.

He argued that a person intended to be appointed to a new office of minister cannot be sworn in and perform the functions of a minister for a ministry that has not yet come into existence.

But Mr Mwanza has said a person nominated to parliament can be sworn in as minister but cannot perform the functions of a minister until such a nominated person takes an oath as member of parliament.

Meanwhile, Mr Mwanza has said Article 173(3) of the Constitution functions to protect public officers from being deprived of a protected property interest in their employment as public officers.

He said the removal of a public officer from office, reduction in rank or otherwise the punishment of public officers without just causes and due process by the President or any appointing authority would not only violate the Constitution but give rise to a competent court of law to review the dismissal of a public officer through a judicial mechanism.

The public officers include anyone occupying an office in the teaching service, police commissioners and officers in the Zambia Police Service, staff in the commissions, or generally anyone employed in the public service.