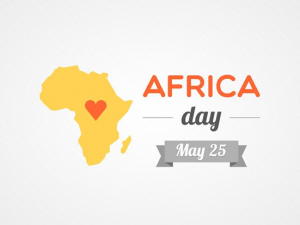 The commemoration of the founding of the Organization of African Unity (OAU) now African Union (AU) on the 25th May, 1963, is celebrated annually on this day across the globe. With this year’s Africa Day commemoration marking the 53rd anniversary of African Unity through AU, the continent has made tremendous growth; politically, socially and economically, since its liberation from the western hegemons. Some analysts however, feel that more needs to be done, to write a different story about Africa. Below are some facts by Jovago.com, Africa’s leading online hotel booking portal, that you should know.

1. The formation of OAU was the result of a watered-down compromise on the United States of Africa train of thought. Its main objective of uniting Africa was to identify post-independence socio-economic development concerns which were plaguing the continent. Despite the challenges, a lot of headway has been made, especially in the outright elimination of colonialism.

2. The African Union (AU) was adopted to replace OAU in at the Durban summit in 2002, tasked with the responsibility of fast-tracking Africa’s economic and political integration.

3. AU has 54 sovereign member states that have assented or ratified to the Constitutive Act of the African Union to become member states. Morocco is not recognized by AU after withdrawing from OAU in 1984. This was after Western Sahara was approved as a member, a country that Morocco does not recognize.

4. Dr Nkosazana Clarice Dlamini-Zuma is the first woman to lead the AU including its predecessor the OAU, after being elected chairperson in July 2012.

5. Only six African countries have Africa Day as a national holiday, including Ghana, Mali, Namibia, Zambia, Lesotho and Zimbabwe. Per contra, the day is recognized and celebrated globally.

With this year’s theme being “Building a Better Africa and a Better World” special focus is being put on human rights and an emphasis on women’s rights. This is in line with African Union’s 2063 Agenda, which “is an approach to how the continent should effectively learn from the lessons of the past, build on the progress now underway and strategically exploit all possible opportunities available in the short, medium and long term, so as to ensure positive socio-economic transformation within the next 50 years.”